In 1845, the village of Rhinebeck prohibited burials in cemeteries adjacent to the village churches. Subsequently, the Rhinebeck Cemetery was established through the efforts of  Henry Delamater, a banker and prominent Rhinebeck citizen.  It is located south of the Landsmankill and west of the Post Road (Route 9).  Land in this area was first set aside for burials in 1835 and adjacent parcels were acquired for the Methodist and the Episcopal Churches. In 1853, a half acre was given for the burial of "people of color" (Section E).

Additional land was acquired and the Cemetery Association was incorporated in 1883.  It is non-sectarian. The Cemetery was managed by a Board of Trustees until recently when management was accepted by the Town of Rhinebeck. Burial records are kept in a vault in the office on the Cemetery grounds, Route 9, Rhinebeck NY.

A database for current burials has been established at the Cemetery office.  The historical information 1858-1923 was extracted by Arthur C. M. Kelly from the cemetery record books and formatted in a manner similar to the modern records.

Many Revolutionary War, Civil War and subsequent war veterans are buried in this cemetery.  Their service to the country is commemorated on Memorial Day each year.  Many prominent citizens, including Levi P. Morton, who was Vice-President of the United States are also interred there.

Map of the Original RHINEBECK Association CemeterY  (Click to enlarge) 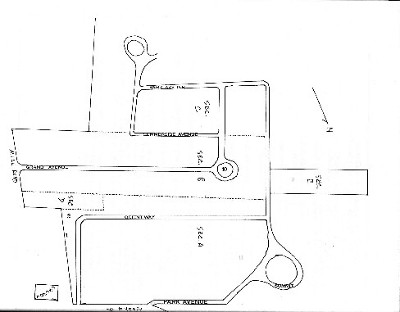